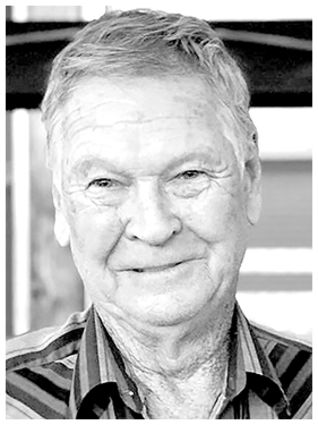 Ray Lee "Fritz" Schroeder was born to Neal and Marie (Classen) Schroeder on June 13, 1934, at home northeast of Fairview, Oklahoma. He passed from this life in his home on July 1, 2020.

When Fritz was 5 years old, they moved to the farm north of Cleo Springs. He attended Ruby School for 8 years. He always said he walked up the hill to school and up the hill back home. As a child, Fritz helped his family raise watermelons, which was their main source of income. He graduated from Cleo Springs High School in 1952. He married Colleen Smith on December 15, 1955. They had three children, Steve, Debbie and Stan. He joined the Army in 1956 and was honorably discharged in 1958.

He was preceded in death by his parents, sons Steve Schroeder and Doug Bishard, and granddaughter Miranda Bishard.

Memorials may be given to the Local Disabled American Veterans through the funeral home.

Celebration of life service for Fritz was held on Monday, July 6, 2020, at 10 a.m. at Cleo Springs Nazarene Church. Arrangements are by Lanman Funeral Home Inc. of Helena. Online condolences may be made at http://www.lanmanmemorials.com.