The Supreme Court affirmed Native American rights in Oklahoma. Here's what that could mean 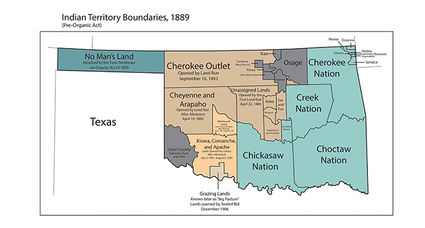 In a historic U.S. Supreme Court decision, justices ruled Thursday that much of eastern Oklahoma has been, contrary to the state's long-standing belief, part of the Muscogee (Creek) Nation reservation.

The McGirt V. Oklahoma ruling clarified that the tribal lands, covering millions of square acres including Tulsa and the surrounding area, were never officially dissolved when Oklahoma achieved statehood.

In a narrow sense, this means that Jimmy McGirt, a 71-year-old Creek Nation man serving a 500-year state prison sentence for sex crimes against a 4-year-old child, was wrongly convicted of...