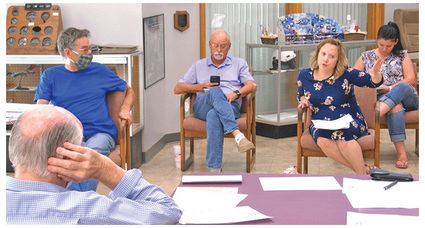 When the FY 2018-2019 audit was completed, Alva city officials learned money had been borrowed from some restricted funds to pay bills. The auditor said while not illegal, it was bad accounting practice. The funds should have been replaced before the end of the fiscal year. This borrowing also occurred in the preceding year but involved a smaller amount.

Airport Commission members were concerned because a total of $974,984 was borrowed from restricted airpo...