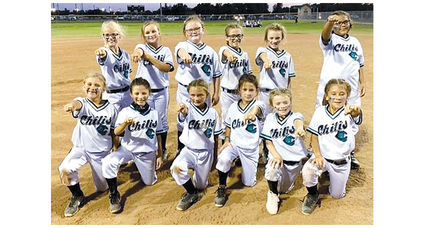 For the second time in as many seasons, the 8U Alva Chilis returned to Woods County with gold rings following a league tournament held at the Crystal Beach Sports Complex in Woodward.

On Friday, the organization's young squad won three straight to complete the NWOK Kids Tournament Championship, including back-to-back wins over the Woodward Knockouts in the championship round. Alva's three wins came following a loss to the Knockouts earlier in the tournament.

"The girls have worked extremely hard since last year to reach this point," said...