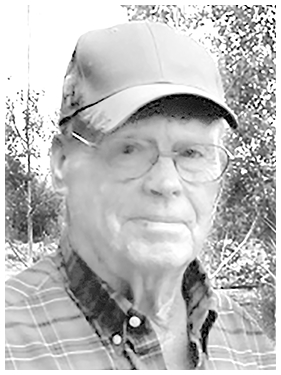 Robert James, known early on as Bobbie and later on as Bob (but always called Robert James by his bride when she was feeling flirtatious), was born on March 8, 1944, to Wilbur James and Eldora Faye Kinnard. He passed away at his home in Claremore, Oklahoma, on July 28, 2020. He was fifth in line after Ronnie Kinnard, Ruth Ann Kinnard, Evelyn Penner and Carolyn Tobey, and was followed by Linda Schwerdtfeger, Donna Kinnard, Connie Kinnard, Larry Kinnard, and Debra (Debbie) Hansel.

His father, mother, and sisters Ruth Ann and Donna preceded him in death.

Bob is survived by his wife Judy Kinnard; daughters and their spouses Jodie and Bryan Lavigne and Susan and Chris Gates; and grandchildren Carter Gates, Dawson Gates, Derek Lavigne and Jessica Lavigne.

Bobbie grew up on a farm near Dacoma and started helping in the wheat fields at an early age. Bob had a love for golden wheat fields, quarter horses, basketball and Judith White.

After graduating from high school in 1962 Bob started working at Savere Refrigeration in Alva. He and Judy married in 1963. He joined the army in 1965 and started a family in 1967 with the birth of Jodie and moved to Enid, Oklahoma, shortly after. Bob continued to work as a business owner of Frigid Refrigeration in Enid. Their family of four completed in 1969 with the birth of Susan.

Bob and Judy retired in Claremore in 1998. Staying involved in his children's and grandchildren's lives remained very important to Bob, as did church, friends and acts of service in his later years. Golden wheat fields, horses, basketball, and his family remained passions to the end.