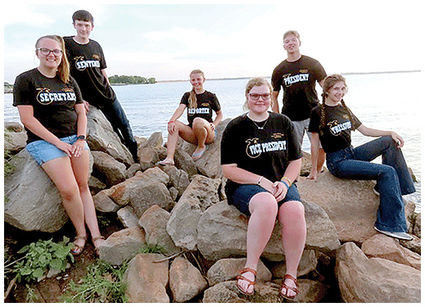 Before the school year officially kicked off, the South Barber FFA officer team spent some time together planning for the upcoming year.

The officers, along with FFA advisor Mr. Hutson, stayed two nights in a cabin and cooked their meals onsite. Members enjoyed the chanc...