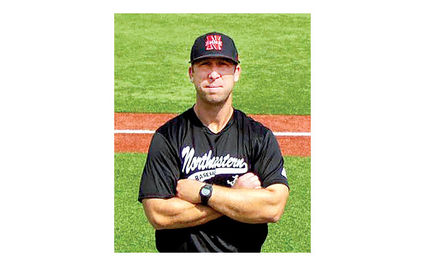 Ryan Bowen, head baseball coach at Northwestern, is the recipient of the Donovan Reichenberger Fundraising Award.

Bowen is in his fourth year as the head baseball coach at Northwestern. He has coached eight players receiving Great American Conference accolades, including Johnnuelle Ponce, the 2019 GAC Player of the Year, and Daschal Johnson, a 2020 Academic All-American. The 2018 season was the best record for the Ranger program since joining the NCAA and the 2019 season saw the Rangers ranked fifth in the Central Region rankings.

The Donovan Reichenberger Fundraising Award was created in 2010 as an endowment to recognize the staff and faculty of Northwestern who are diligently working to further the mission and vision of the University through private fundraising. The award was named after Reichenberger for his generosity and fundraising service. Reichenberger is a Northwestern alumnus and a former faculty member of the university. He also is a trustee emeritus of the Northwestern Foundation & Alumni Association.

"Coach Ryan Bowen has worked hard to supplement his program with outside funds," said Dr. Janet Cunningham, president of Northwestern Oklahoma State University. "He continues to support his athletes on the field and in the classroom, and is leading a great group of young men."

Bowen was awarded in 2020 for his fundraising efforts for Ranger Baseball. He has raised an average of $30,000 for his program in the three years he has been head coach at Northwestern. Bowen took the lead in securing baseball hitting software, which is used to improve student athletes' batting performances. Additionally, he has led letter writing campaigns and three online crowd-funding campaigns, managed multiple baseball camps and directed the Dugout Club golf tournament each fall.

"I am honored to be the 2020 recipient of the Donovan Reichenberger Fundraising Award," said Bowen. "While it is an incredible honor for me personally, I feel like I am accepting this for our Dugout Club, our baseball coaching staff, and all of our student athletes who have been in our program the last four years. The hard work of our Dugout Club board members, Ryan Hintergardt, Matt Stratton and Jake Kelln, have really paved the way for me and have opened the doors for us to have this type of success in our program. The coaching staff and student athletes have also put in countless hours in helping us reach our goals. Finally, the support we have in the Ranger Nation is like nothing I have ever seen. It's a great day, every day, being a Ranger and I look forward to many more successes in the near future. Ride, Rangers, Ride!"