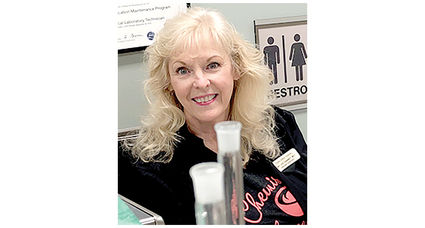 Gay Farney retires as the KDH Lab supervisor after joining the hospital in 1993 in a 34-year career.

Retiring after 34 years of working in lab and X-ray, Gay Farney said: "For me it wasn't a job. It was a career."

Since 1993, Farney has been with KDH and became lab supervisor in 1998. She started as a lab tech at the hospital in Anthony for seven years and was with the EMS. She was an X-ray tech some 20 years and was a CAT Scan and X-ray supervisor for a while. Farney served as an EMT 24 years.

"I could not do it all, so I picked lab," Farney said. As lab supervisor at KDH, Farney told p...