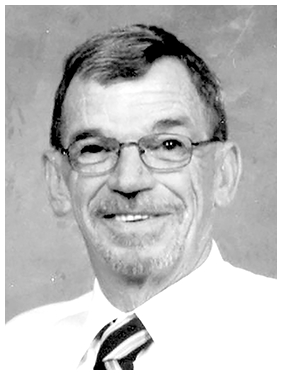 Graveside memorial services for Robert Herschel "Bob" Frei will be at 11 a.m. Saturday, October 24, 2020, at the Hardtner Cemetery with Rev. Drew Kirtley officiating under the direction of Marshall Funeral Home of Alva.

Bob graduated from Freedom High School with the Class of 1969. He enlisted in the Army National Guard and retired after 20 years. He was called to active duty to serve in Kuwait during Desert Storm and deployed to New Orleans after Hurricane Karina.

Bob joined Alva Moose Lodge #2100 in 1982. In 1996 he joined Sooner Moose Legion #147, and achieved his Fellowship Degree in 2001. On May 22, 2010, he was conferred with the highest honor in the Moose and a Pilgrim at the House of God on the campus of Mooseheart. He held offices of governor, past-governor and secretary-administrator at the Alva Moose Lodge. On the state level, he served as treasurer, prelate vice-president, president and past-president. In 2004 he became a member of the 25 Club. He was very active in the Loyal Order of Moose and highly believed in the concepts and missions of the Moose.

Besides his father, he was preceded in death by one daughter, Cindy Frei; and one son, Joey Frei.

Bob is survived by his fiancée, Debbie of Alva; two daughters, Heather Frei-Schultz of Scottsdale, Arizona, and Chantel Rueger of Alva; one son, Hal Frei of Enid; his mother, June Frei of Enid; one sister, Pamela Kay Rogers of Woodward; seven grandchildren; one niece, Michelle Brown of Austin, Texas; other relatives and friends.

In lieu of flowers, memorial contributions may be made through the funeral home to the Alva Moose Lodge #2100 or Mooseheart.