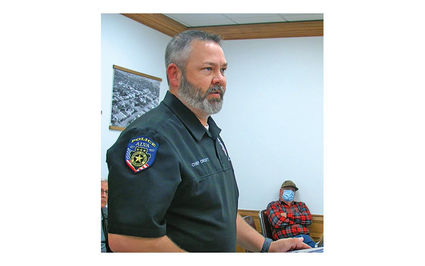 It's going to cost more to bail your dog out of "jail." After 45 years, the Alva City Council decided it was time to increase fees at the animal pound. The fee schedule was last changed in 1974. Since that time, the city has built a new pound near the sanitation transfer site north of Alva and just south of the Salt Fork River.

Animal control is a part of the police department. Police Chief Ben Orcutt said he contacted several other cities approximately the size of Alva and asked what fees they charge. He concluded Alva was charging much less than others.