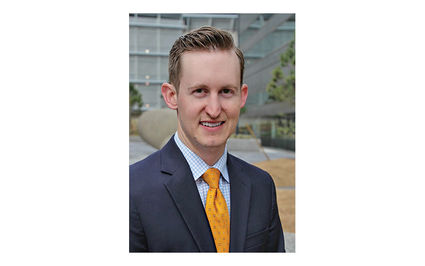 The Oklahoma Aeronautics Commission has named Grayson Ardies as its new state director of aeronautics. The appointment was confirmed at the Commission's Oct. 14 meeting and his tenure as director officially began Nov. 1.

"Grayson is one of the youngest state agency directors in Oklahoma history and that speaks volumes to his capabilities," said Oklahoma Transportation Secretary Tim Gatz. "He possesses a unique combination of technical knowledge to solve complex challenges and also being able to convey to the public the vital benefits of aeronautics investments. I am excited to work with Grayson in his new role."

Ardies has led many complex statewide initiatives and projects including a three-year effort working with the Oklahoma State Legislature to protect military training airspace, a two-year Aviation and Aerospace Economic Impact Study published in 2017 concluding that the industry is the second largest economic engine in the state, and development at Carlton Landing Airport on Lake Eufaula through a P3 (public/private) partnership.

Last month, Ardies was awarded the 2020 State Aviation Distinguished Service Award from the National Association of State Aviation Officials (NASAO). The award honors state aviation personnel who have excelled in their service and dedication to aviation progress and development in their state.

Ardies graduated from the University of Oklahoma in 2009 with a degree in Aviation Management. He is a Yukon resident.

Ardies replaces long-time director Victor Bird, who announced his retirement in October after serving as director for 18 years.

"I'm honored to lead such a great agency, one that has shaped my career and introduced me to so many great Oklahomans," said Ardies. "I look forward to working with our local and national industry partners as Oklahoma navigates the current challenges to find new successes for our businesses and communities statewide."