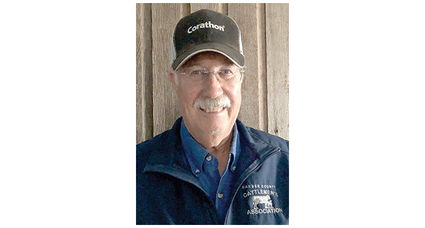 Known as "Dr. Sid" to everyone in this area, Stranathan was a medic in Vietnam during his service in the U.S. Army.

Known as "Dr. Sid" by most in the area, Stranathan found himself deep in the triple canopy jungle of Vietnam trying to treat fellow American soldiers. He laughed as he told that his mom asked if she should look for him at a Bob Hope entertainment show.

"I told her that Bob Hope couldn't find me with a guide dog and Santa and his reindeer," Stranathan said with a chuckle.