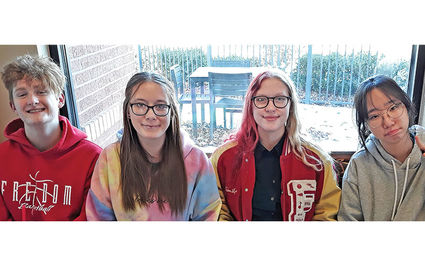 The Freedom Public Schools Academic Team won their third match against Geary to put them in the deciding 3/4th place game. Freedom lost to Lomega and placed fourth place in Saturday's regional tournament. The team will now travel on Jan. 16 to compete in an area tournament. Drummond won the tournament and Timberlake placed second.

Triston White led the team, answering 12 toss-up questions; TamLynn Link answered five and Madison Rhodes answered one. Rhodes answered six out of ten questions during a speed round (60-second round) on the topic of Anatomy: Where are human bones located?