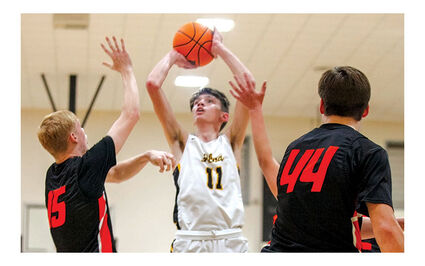 After losing a string of four games, the Alva Goldbugs won on Senior Night against the Tonkawa Buccaneers 55-32. The Bucs are struggling and came into the game with a 1-8 record while Alva was 9-9.

The Tonkawa girls were unable to play due to Covid, and there wasn't enough time to arrange for another opponent for the Ladybugs. 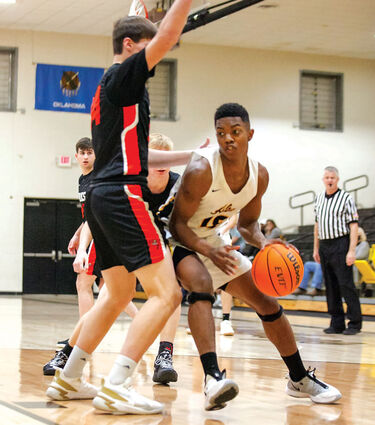 Alva's Braden Hofen (15) dribbles in to make a basket against the Buccaneers.

Thursday night the Alva High School teams were headed to Frontier to take on the Mustangs.