Inventors, war heroes, even pack goats are featured in this new book 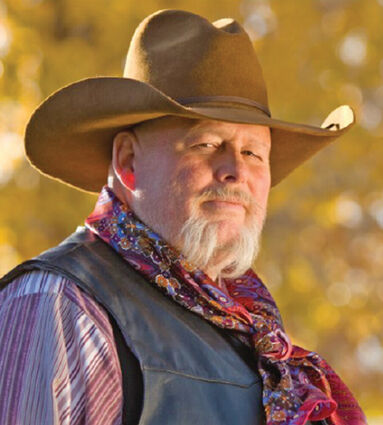 The Merriam Webster's dictionary defines a tale as a usually imaginative narrative of an event. That seems an apt description for "True Tales of Kansas" by Roger Ringer. This is not the usual history book of explorers, pioneers and early day governors. Ringer has captured the everyday, the odd, the obscure and the flamboyant from the state's past.

Ringer writes in his foreword: Not all stories are fun or humorous. Many are tragic, and some are downright strange. But all are worth remembering. A true historian is only interested in telling the story as accurately as possible.

There's the story of Smitty the Jumper, a sign painter turned parachutist, who traveled the air show circuit. He continued jumping well into his seventies.

Have you ever enjoyed an Oh Henry candy bar? The sweet treat began in Arkansas City as the Tom Henry Bar in 1919.

The Funk Brothers were masters of invention, redesigning the Piper Cub into the Funk airplane. They also converted a Ford tractor engine from four-cylinder to a V-8. There are still Funk airplanes flying today.

Peggy Hull was the first accredited war correspondent who was a woman. Though she was kept away from the heavy fighting, her stories of the daily life of soldiers were well received. 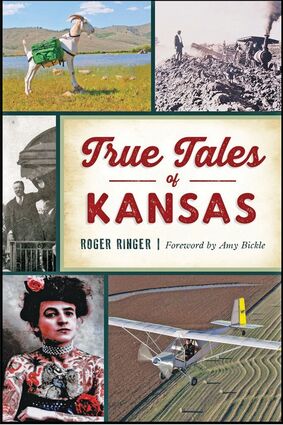 Released Feb. 15 by Arcadia Publishing, "True Tales of Kansas" contains stories of the state's colorful past.

The book contains stories of a female tattoo artist, the invention of the CrustBuster springtooth, the tallest man in Congress, Shepherd of the Hills author Harold Bell Wright, and many more. The brief, well written stories provide an enjoyable read and glimpses of the state's colorful past.

"True Tales of Kansas" is Ringer's third book on his state's history. He has also written "Kansas Oddities" and "Eccentric Kansas."

A lifelong Kansan, Ringer is a member of the Western Music Association and the Cowboy Storytellers Association of the Western Plains. He has also served as a historic interpreter at the Old Cowtown Museum in Wichita. He lives in the Gypsum Hills of south-central Kansas with a mailing address of Medicine Lodge.

"True Tales of Kansas" is available at http://www.arcadiapublishing.com. You'll also find it at Amazon.com.