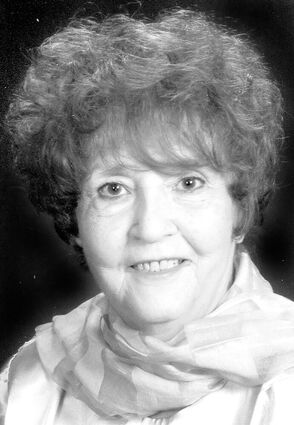 Norma Jean (Shoemaker) Schiffner was born on November 8, 1931 in Alva, Oklahoma, to William Coleman and Wealtha Ann (Case) Shoemaker. She passed from her worldly home at Share Convalescent Home in Alva, Oklahoma, and went to her heavenly home on February 25, 2021 at the age of 89 years, 3 months and 17 days.

Norma Jean attended Alva Schools and graduated from Alva High School. She married Alfred Schiffner on April 12, 1953, and to this marriage four children were born.

Norma Jean held several jobs while residing in the Alva area. She retired from Hart Research Associates in Ravenna, Ohio, where she worked conducting numerous political polls and other type telephone surveys. Upon retirement, she returned to Alva to be near her children and grandchildren. Prior to residing at Share Convalescent Home she enjoyed activities with her family, traveling, and many hobbies. She was a member of the Zion Lutheran Church in Alva. She was a confirmed member since November 15, 2004, and a member of Ruth Circle.

Her memory is cherished by her children, Lisa Schiffner of Alva, Allen Schiffner and wife Vickie of Ponca City, Stacia Wells and husband Tom of Kiowa, Kansas, and Alaina Shriner and husband Vince of Alva; five grandchildren, Dustin Smith and wife Lisa of Peyton, Colorado, Shannon Morris and husband Chris of Alva, Mark Hawkins and wife Jacklyn of Alva, Lindsey Murry of Alva and Michael Shriner of Alva; ten great grandchildren, Aaron and Renee Smith, Mackenzie and Mitchell Morris, Dylan, Cameron, Makayla and Cade Hawkins and James and Haylea Murry as well as many nephews, nieces and other relatives and friends.

She was preceded in death by her parents, William and Wealtha Shoemaker, her brother Robert (Bob) Shoemaker and her husband, Alfred Schiffner.

Funeral services will be held at Zion Lutheran Church on Monday, March 1, 2021 at 2 p.m. with Reverend Tim Roggow officiating. Burial will follow in Alva Municipal Cemetery under the direction of Wharton Funeral Chapel. Online condolences my be made at http://www.whartonfuneralchapel.com