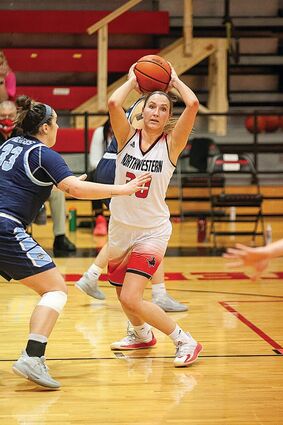 Bailey Brown (30) looks for her teammate to throw the ball to. Northwestern played against Southwestern University Monday and lost 82-88.

S. Frame recorded a double-double with 31 points and 12 rebounds. She finished shooting 13-for-22 from the field including 5-for-6 from the three-point line.

Brown also recorded a double-double, finishing with 30 points and...