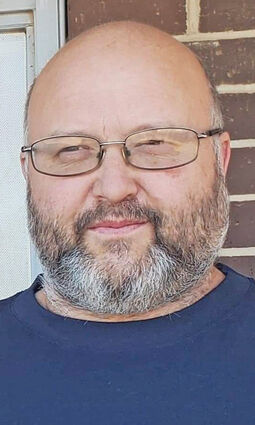 I have lived in Alva most of my life, only leaving to serve in the military. I have two kids, one who is currently in the Marines, one heading off to college next year. I have been self-employed for the past 12 years with Triple J Trucking and Scribner Logistics.

I have a vast knowledge of finances and cost cutting in areas of transportation and in general business. I have also worked with government officials in Washington, D.C., in areas of reducing regulations and safety in the transportation industry affecting drivers in every state.

The best part of Alva is the people. There is a strange diversity when you look through the community, but this has never stopped the community from coming together when one of their neighbors is struggling. The kindness seen in Alva is amazing, when so much of the world seems divided.

I believe the biggest issue in Alva is the finances. The city offices should be held to a higher standard when it comes to managing the money of the citizens. I believe people are justified in their distrust with the way the city finances are being managed.

I would propose that the city be transparent, when they spend money from one project on a different one or move funds from one department to a different department.

I would also push for people on fixed incomes to have a cap on future water bill increases. I understand that there are people in our community who truly have no other option than to go without water simply because the local government raised the water bills while their monthly income cannot be raised.

The second issue I believe Alva needs to resolve is the swimming pool. The swimming pool is a big loss of entertainment during the summer months for families from the community and the surrounding areas. I would propose to seek funding from private grants, corporate community grants, historical grants, and private donations. I believe 100% of the money to repair the city pool could be raised through various grants and possibly seek additional grants to add a splash pad and possibly other water activities, while also seeking additional funds to fund the operation of the pool.

I am pro-business and believe that the city should refrain from denying businesses from opening and begin to actively seek business that can see Alva as a long-term place to call home.

I believe that the employees are the best assets Alva has. If they are empowered and heard they will improve the operations of each department, which in return will make the city run more efficiently.

The city started a $4.5 million water line replacement a few years ago, yet the project still sits idle. The PVC pipe that was purchased for the project had a shelf life of 3 to 6 months in the sunlight, yet the pipe still sits there, with direct sun exposure. That project could potentially cost the city more than twice the original cost if the pipe has deteriorated.

Contracts should be examined closely to ensure that when a contract is awarded there is no favoritism played toward political interest among companies who are bidding the job.