• Running for Town of Freedom Board of Trustees, Office 3 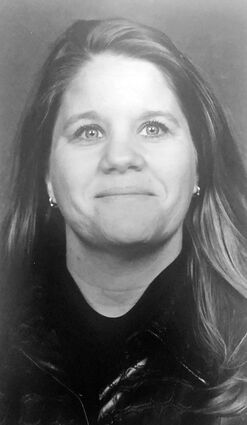 A native to northwest Oklahoma, Michelle Shelite – Freedom's school principal and town resident for the past three-and-a-half years – grew up in Alva, graduating from Alva schools in 1979. She then went on to Northwestern Oklahoma State University, where she earned a Bachelor's of Science in Education degree in 1993.

Upon graduation, Shelite and her children moved to Daphne, Alabama, where she earned her Masters of Science in Sport Sciences degree, with an emphasis in sport medicine, in 1994.

Speaking of her children, Shelite's oldest (Chandra Murrow) lives in Alva; her middle child (Cyndi Baker) lives in Fairview with her husband, Chris, and their family; and her youngest (Caleb Murrow) lives in Hardtner, Kansas, with his wife, Alesa Murrow and their children.

Shelite earned her Masters of Science in Educational Leadership Studies in 2012 from Oklahoma State University, and after a few years elsewhere, came to Freedom. At Freedom Schools, Principal Shelite keeps everything running while also acting as the school's counselor. As principal, she is responding to new challenges, taking on such issues as school security and safety micro-credentials.