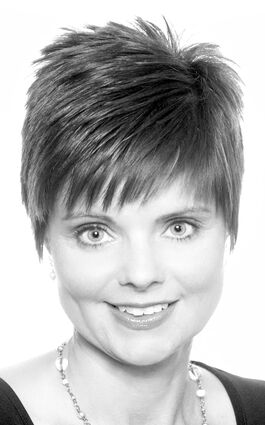 On Friday, Woodward hosted the Oklahoma Health Care Authority's first town hall meeting on the topic of privatized Medicaid. It was encouraging to hear so many thoughtful questions from Medicaid recipients, health care providers and the community at large.

This proposed change to Oklahoma's current model resulted from a unilateral decision by the governor. The OHCA board, which serves at the governor's pleasure, awarded contracts totaling more than $2 billion to four large insurance companies. Essentially, those companies will do the work that state employees have been doing – but at a profit, and with jobs moving out of state.

This change makes no sense, especially considering that we remain in a pandemic that continues to take the lives of Oklahomans every day. The timing of the governor's plan is a recipe for disaster for vulnerable Oklahomans, health care providers and hospitals who rely on the stability of SoonerCare. Woodward County, like the rest of rural Oklahoma, would be particularly hurt by the governor's plan.

The authority's actuary partner, Mercer, uses assumptions that during year one, hospital care will be reduced by 40 percent and behavioral health by 20 percent. Ask yourself: Are these assumptions reasonable – or even possible – during a pandemic, when Oklahomans are struggling with isolation, depression and joblessness? The governor says he wants to improve health outcomes, but how can that be accomplished by denying services, especially for pregnant women and children?

Because of the way these contracts are structured, there is only one way the four insurance companies can make the profits demanded by their shareholders: by routinely denying services Oklahomans seek for medical, dental, mental health and a myriad of other needs. This is what happened during the state's last try at privatized Medicaid nearly 25 years ago, and it absolutely will happen again.

What also happened last time in Oklahoma – and in other states that have attempted privatized Medicaid – was that rural Oklahomans were forced to travel much further for appointments for themselves and their children. Why should we settle for that sort of outcome so that corporate giants can add to their annual profits?

Hospital administrators throughout Oklahoma support measures to improve access to high quality and affordable health care. We also support the agency's success in developing value-based payment systems, such as building on the success of treating a complex population through a patient-centered medical home approach.

The bottom line is that our elected leaders have the power to stop this health care holdup before it begins. Even though the governor bypassed the two bodies that are constitutionally responsible for budgetary decisions, the House and Senate can simply vote to withhold Medicaid funding for a privatized system.

Please join me in protecting rural health care by contacting state Rep. Carl Newton and Sen. Casey Murdock and urging them to stop this flawed plan. You can reach Newton at 405-557-7339 and Murdock at 405-521-5626.

To learn more, visit http://www.healthcareholdup.com, which was developed to educate Oklahomans about the implications of shifting control of Oklahoma's Medicaid system to the insurance industry.