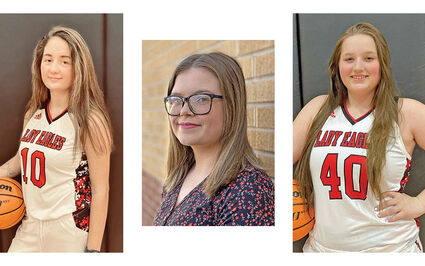 The annual Miss Freedom Pageant will be on Saturday, April 17, beginning at 7 p.m. and will feature three junior students. Kaitlynn Rhodes, Jaci Weber and Ariana White will be competing for the Miss Freedom crown. The winner of the pageant receives a $200 scholarship to a higher education facility and an opportunity to compete in the Miss Cinderella Pageant at NWOSU in the fall.

Also slated is the Elementary Spring Concert. The theme of the pageant is "Freedom Vision" – taken from the Disney show "Wanda Vision." Therefore, classes have chosen songs from the Wizard of Oz, children programs and television sitcoms. The groups include pre-K and kindergarten, first and second grades, third and fourth grades and fifth and sixth grades.

The evening will feature the three competitors in introduction walk, talent, evening gowns, and onstage question.

Admission is free and if you have any questions, you may call Freedom Public Schools and speak with Darci Immell at 580-621-3272.