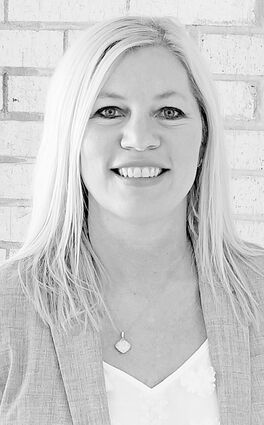 In a special meeting Monday, the Alva Board of Education voted to hire Kris Gore as head coach for the high school girls' basketball team. Gore was also hired as a certified teacher in language arts. Gore has 14 years' experience as a head coach with eight trips to state. She has 29 years of experience as a teacher.

Gore was accompanied by several family members including her husband Kevin, her son Gabe and her daughter Grace (who will be a freshman next year).

After the vote, Gore spoke of her respect for the Ladybugs' record. She grew up attending school at Lomega and played basketball while attending Southwestern Oklahoma State University. She has coached at Canton, Leedey and most recently at Woodward. Gore described herself as a "very hard worker" explaining she grew up on a dairy farm.

At the regular meeting April 5, the school board tabled a proposal to join in legal action against the Oklahoma State Board of Education until Supt. Argo could provide some answers to questions.

Argo said if Alva joined the lawsuit, they could opt out at any time. The lawsuit is scheduled to be filed on Friday, and 87 districts are currently parties to the suit, not including the separate actions filed by Oklahoma City and Tulsa districts.

He said this lawsuit goes to the Supreme Court of Oklahoma. The suits filed by Oklahoma City and Tulsa are filed in district court.

The cost for joining the lawsuit will be billed per ADA (average daily attendance) at an estimated dollar per student. The ADA for Alva is roughly 1,030, Argo said, so the cost would be about $1,030.

McDermott asked the difference between funding charter schools like Epic receive now and what they would receive after July 1. Argo said the ruling being disputed would allow charter schools to receive local ad valorem taxes voted on by local taxpayers to fund their schools. This would affect Alva's building fund and potentially cause Alva's state aid to be cut.

Slater made a motion to authorize the school district's attorney, in consultation with the Superintendent of Schools, to initiate legal action against the Oklahoma State Board of Education to address the equalization of funding as set forth in the state board's resolution approved at a special meeting on March 25, 2021. Hansen seconded the motion, and it passed unanimously.