Kinzie, Jackson honored as March Rotary Students of the Month 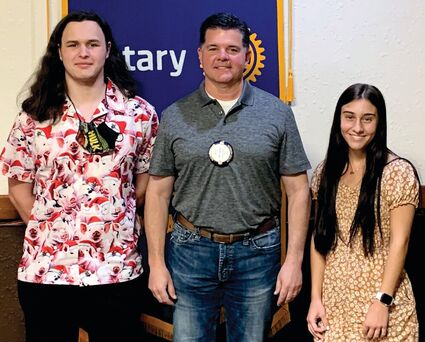 Spencer Kinzie is the son of Paul and Elizabeth Kinzie and the grandson of Beverly and Wayne Kinzie. He is an active participant in band, debate, One Act and the Wichita Youth Symphony. After high school he plans to attend Wichita State University to study filmmaking and music. His personal motto is, "What is the most important step a man can take? The next one, always the next one" (a quote from a character in one of his favorite books).

Haley Jackson is the daughter of Kevin and Shelly Jackson, sister to Jerad and Austin and granddaughter ot Gene and Deanna Ja...