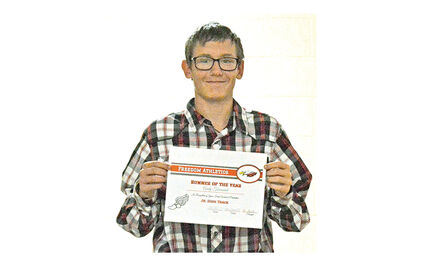 Andy Townsend is recognized as "Runner of the Year."