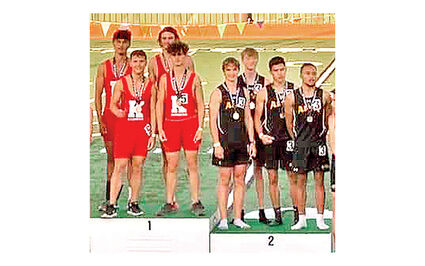 Alva High School took a large number of student qualifiers to the state 3A track meet in Catoosa Saturday, May 8. The Alva boys' team finished the meet in ninth place with a total of 31 points. 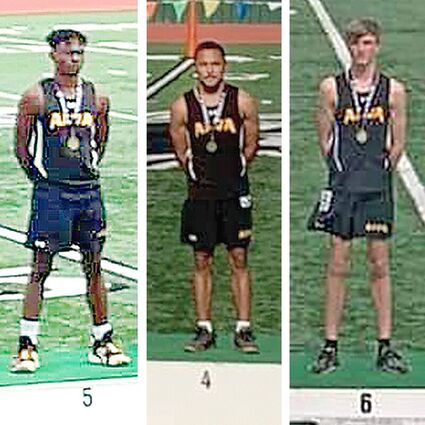 From left: AHS sophomore Drake Whaton places fifth in the Class 3A long jump. Alva senior Gavin Perez places fourth in the 200 meter dash with a time of 23:19. Alva sophomore Jaxon Jones places sixth in the 110 meter hurdles at the 3A state meet in Catoosa Saturday, May 8. He had a time of 16.98.

The Alva boys 440 relay team with a time of 3:31.65 earned second place behind Kingston who had a time of 3:28.14. Seniors Gavin Perez, Nathen Hunt and Zayin Tiger along with sophomore Jaxon Jones make up the Alva team.

On the girls' side, the Alva 800 meter relay team of Jaedyn Williams, Norah Scarbrough, Carly Argo and Jaymee Meyer placed 11th. Sophomore Sammy Hawly was 14th in the discus throw.