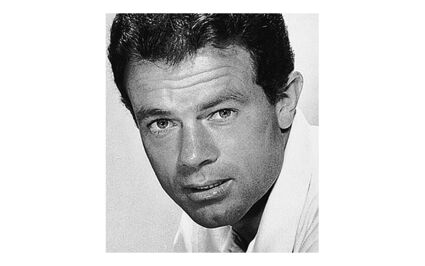 Veteran actor Jack Ging will be one of six Oklahomans who will be inducted into the Oklahoma Movie Hall Of Fame on May 29.

Born in Alva, Jack Lee Ging had an acting career that spanned more than 30 years and over 150 appearances in movies and on television. Remembered for his portrayal as General Harlan "Bull" Fulbright in NBC Television's hit series "The A-Team," Ging played a full roster of heroes and villains over his career.

A graduate of the University of Oklahoma, the physical Ging ran for five touchdowns as a player for the legendary football coach Bud Wilkinson, and spent four years as a marine before beginning his acting career. His military career prepared him for his first starring role in the 1961 production, Sniper's Ridge. Ging went on to play numerous and memorable character roles on television and in the movies.

Ging, along with Hollywood producer, Doug Claybourne (Mark of Zorro and Nights in Rodanthe); documentary filmmaker, Julianna Brannum; casting director, Ricki Maslar, and industry movie critic and commentator, Dino Lalli will be inducted into the Oklahoma Movie Hall Of Fame on May 29th at 7 p.m. Actor Will Sampson will be posthumously inducted. The event is free and open to the public. The Oklahoma Movie Hall Of Fame is located inside ROXY Theater at 220 W. Okmulgee in Muskogee.