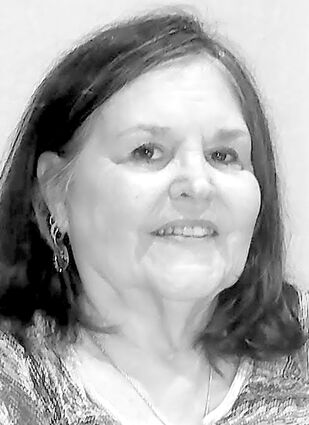 Toni Rae Burns galloped into Alva, Oklahoma, on December 24, 1946, and joined her parents, Ray and Mary (Nelson) Burns. She attended school in Alva, and graduated from Alva High School in 1964, and Northwestern Oklahoma State College in 1968 with a degree in education.

On June 4, 1967, she married Bruce Alan Geis. He joined the Air Force, and they began their life together. They loved the military lifestyle, traveling the world, and making friends who became family The military took them to Minot, North Dakota; Montgomery, Alabama, where daughter Courtney was born; Crete, Greece; and Stone Mountain, Georgia, where sons, Bradley and Ryan, were born. Their final assignment brought them to Northern California where she continued to live for the rest of her life in Vacaville.

After Bruce's death, Toni continued to travel, joined a RV group, and began taking trips all around the United States. She looked forward to visiting family and friends on her journeys. She had sewn all her life but began quilting in 1988, enjoyed attending classes and quilting retreats with her quilting buddies. Her world was full of purples, blues, quilts, and friendships galore. Toni also loved seeing, and spending time with her grandchildren Alyssa, Nicholas, Carter, Ella and Olivia.

For many years, Toni didn't let being on oxygen and her chronic lung disease slow her down. But over time it affected her daily life. When medical treatments and medications were no longer effective, Toni decided that she had lived a good life and she was tired of living this way. On June 14, 2021, surrounded by her children, she peacefully galloped away with a wave and a great applause.

She is survived by her children, grandchildren, nieces and nephews, and many other wonderful family and friends. Her hugs have been felt worldwide.

We would love to see your memories, stories and photos shared to her "Tribute Wall" at http://www.mccunechapel.com.