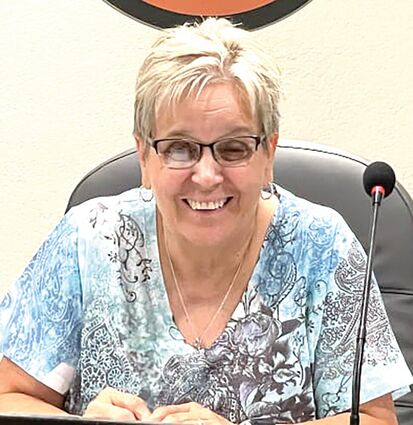 Kiowa has a new city councilmember. For years Kiowa's City Council has been all men so the addition of Janet Robison was refreshing to women in the audience at the meeting, who commented about it, and surely to the community. After the meeting, Councilmember Tom Wells commented that "we needed a new perspective."

At the July council meeting Monday night, Mayor Bill Watson announced that Councilmember R.L. Simpson had submitted his resignation last Monday. Watson said he asked Robison if she would serve on council and she said yes.

Mayor Watson appointed Robison to fill the unexpired term of...