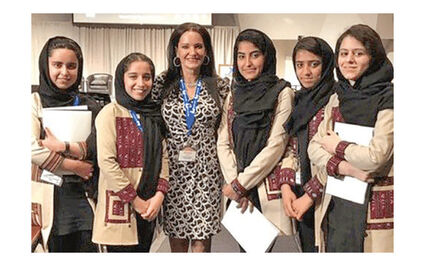 Allyson Reneau with members of the Afghan Girls Robotic Team

Now she is Allyson Reneau, the Oklahoma mother of 11 children, who saved ten girls from the Afghan robotics team during the Taliban takeover.

Reneau met the girls, ages 16-18, at Explore Mars' annual Humans to Mars conference in 2019 and has kept in touch with them.

The night of Aug. 3 she was unable to sleep in her Norman home after learning what was going on in Afghanistan.