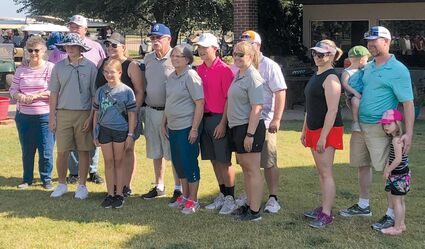 The Monty Thompson Continuing Education Foundation's (MTCEF) 12th Annual Golf Outing was like hitting a hole-in-one for the amount raised and the number of golfers.

The outing raised a record-setting "over $12,000," according to event organizer Mike Miller. He said that 76 golfers participated on 19 teams, which is the "most ever." They raised funds through donations, raffle and auction.

"Again, as in the past 12 years, we had amazing support from Kiowa and the surrounding communities," Miller said. He thanked the Anthony Golf Course for hosting the golf outing.