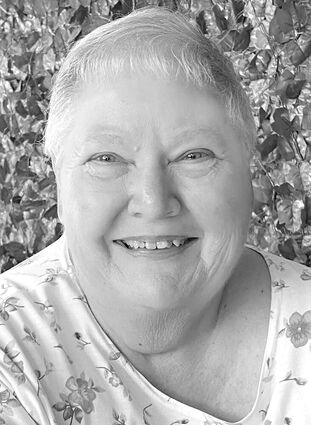 Marcy Beth, daughter of Elizabeth Wayne (Hubbard) and Chester Elisha McNett, was born November 21, 1949, in the Cherokee Hospital. She passed away September 6, 2021, at Mercy Hospital in Oklahoma City at the age of 71 years, 9 months and 16 days.

Marcy attended Cherokee High School and graduated with the Class of 1967. She then attended Northwestern State College for three years studying home economics. She was a member of the Alva Chapter of Eastern Star and the 1st United Methodist Church.

On January 25, 1970, she married Ernest Henry Engelken in Cherokee, Oklahoma. To this union a daughter, Leisa Renae, was born. During the first few years, Marcy was a homemaker and cooked many meals for Ernie's custom harvesting crews.

Marcy went to work for the Alva Public Schools working as a cook, which was her passion!

In the early 1990s, she returned to Northwestern and finished her degree. She was very proud to graduate the same year as Leisa!

She then worked in the mental health system for 11 years. Marcy retired when Ernie became ill and passed away in 2009.

Marcy went back to work for Alva Schools as a cook. She was looking forward to starting her 17th year, until she became ill with Covid and pneumonia on August 2.

Marcy enjoyed helping her daughter, Leisa, sell their gourmet mixes at craft fairs and later opening their own little pop up shop. They worked and played side by side daily. Marcy was an advocate for their business and got involved with the Farmers Market to promote it. Even when she was so sick in the hospital, she was still handing out business cards and talking about their mixes!

Marcy loved her family. She was so proud and involved in her grandchildren's activities, just as she had done with Leisa.

Marcy and Leisa enjoyed little day trips. They were able to make lots of fun memories this last summer.

Marcy was proceeded in death by her husband, Ernie; parents, Betty and Chet; and parents-in-law, Ella and Louie.

Marcy is survived by her daughter, Leisa, and grandchildren Destiny Marie, Jasmine Beth and Chance Alexander, all of Alva. Also several relatives and a host of friends.

Visitation with the family will be Friday, September. 10, 2021, from 6 to 7:30 at Wharton Funeral Chapel. The funeral is Saturday at 10:30 a.m. at the Alva 1st United Methodist Church. Graveside services will follow at the Alva Cemetery. For those unable to attend, it will be live streamed at http://www.whartonfuneralchapel,com.

The family requests that everyone attending the service please wear a mask so no one else has to suffer the loss we have suffered.

Memorial contributions may be made in her memory to the Alva Educational Foundation (Make checks payable to C.F.O.) in care of Wharton's Funeral Chapel.