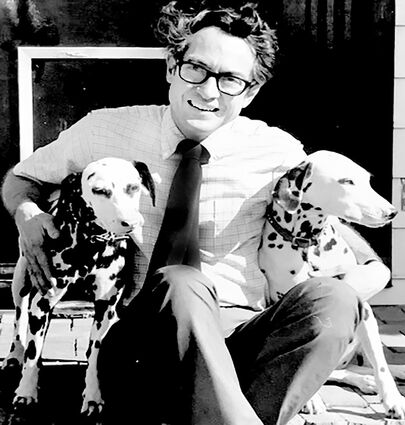 Fred William Neuman was born February 15, 1925, in Sand Springs, Oklahoma. He passed away Tuesday, January 19, 2021, in Alva, Oklahoma. Fred's journey to Alva started when he was leading music at the United Methodist Canyon Camp as a college student and was recruited by Alva First United Methodist Church to lead music. Fred accepted the job having never been to Alva. He purchased a one-way bus ticket from Oklahoma City to Alva and finished his Bachelor of Music Education at Northwestern Oklahoma State University, while directing music at the Methodist church. Upon his graduation in 1950, Fred moved to Guymon to teach high school vocal music. In 1952, Mrs. Mildred Starr-Ryerson, the daughter of Starr Lumber founder W.W. Starr, reached out to Fred, asking him to return to Alva to open a music store. With her support, Fred returned to the town he loved, and ran Neuman's Music and Books for almost 40 years until his retirement in 1990.

But the music store was not the only musical contribution Fred made to the community of Alva. In the early 1950s, Fred formed the Alva Boys Choir, which enjoyed a 50-year run of performances across the United States and Mexico. The annual traditions of vaudeville shows, Irish Stew suppers and peanut brittle sales were just some of the many activities Fred and the Alva Boys Choir were known for. In addition to the Boys Choir, Fred directed the adult and children's choirs at the First United Methodist Church for over 50 years. Fred's love of music was passed on to many who sang in his choirs. Fred was rarely seen without one of his Dalmatian dogs, all of whom were named "Nipper." Fred is survived by his son, Steve who is married to Molly, and their three boys, Will, Cooper and Henry.

A memorial service celebrating the life of Fred will be at 10:30 a.m., Friday, October 8, 2021, at the Alva First United Methodist Church. Rehearsal for the Alva Boys Choir alumni will start at 9 a.m. that morning at the church.