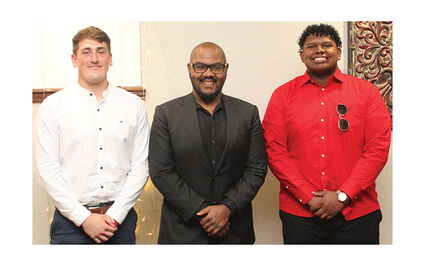 Ranger Royalty King finalists who will go on to the final round of voting are (from left) Stephen McCluskey, Reginald Hinson Jr. and Anderson Ramirez.

Budy is an undeclared major and enjoys playing sports, spending time working on her family's farm and being involved with the President's Leadership Class and Aggie Club. She is the daughter of Chad and Danielle Budy.