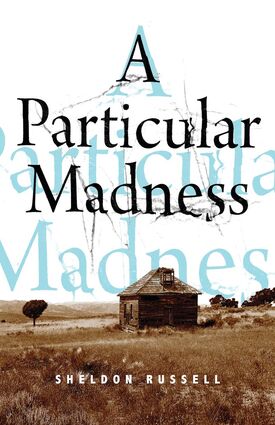 What does it take to push someone over the edge into mental illness? This is one of the thoughts explored in Sheldon Russell's new book "A Particular Madness." Scheduled to be released this week, the book tells the story of Jacob Roland growing up in the rural impoverishment of post-Depression Oklahoma.

While his hard-working parents try to scratch a living from the soil and short-term jobs, Jacob is pulled in different directions by his feuding family members, embodied in two uncles. He hungers for knowledge but finds money for higher education difficult to obtain. Jacob meets a beautiful girl who is everything he's not – poised, sophisticated and educated. But will they have a future together?

Each time Jacob seems to be on the road to his goals, he is thwarted by poverty and the pull of family. Meanwhile, a greater darkness builds inside him. Will he be able to overcome his upbringing and his mental health issues?

Russell says his thinking about "A Particular Madness" was impacted by a visit to the state insane asylum in a psychology class years ago. "It was an old military fort that had been donated to the state by the federal government. It housed hundreds of people with mental illnesses of all kinds, and I've never forgotten the rocking chairs, the screams, the locked doors, and the hopelessness of it all," he said.

Russell won the 2020 Spur Award for Best Western Historical Novel from the Western Writers of America for his previous book, "A Forgotten Evil." He grew up in this area and returned to Woods County after his retirement from education.

As a former university professor, Russell says research is second nature. His research typically includes books, internet searches, museums and a few trips to sites. Sometimes, depending on the characters involved, he reads psychological material.

One of the characters in this book is based on a relative. "My grandfather was an old-time southern preacher, a master of language, and a poet in his own way," he said. "I think that's where I learned to appreciate narrative as a powerful tool. You can meet him in 'A Particular Madness.'" 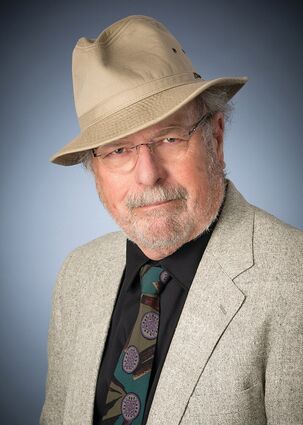 Although Russell comments that each book gets harder to write, he admits that writing tends to energize him "if it goes well. It doesn't always. There is a lot of satisfaction that comes with it. There are moments when I'm confident and proud and moments when I'm doubtful and discouraged. Overall, I do it because it gives back more than it takes."

Psychology research and education try to answer the question: Is this caused by nature (heredity) or nurture (upbringing)? As "A Particular Madness" shows, the answer is usually a mixture of the two.

Local fans will have the opportunity to visit with Russell next weekend during a book signing on Friday, Nov. 5. He will be at Graceful Arts Gallery in Alva during the First Friday Art Walk from 6 to 8 p.m. With a publication date of Oct. 26, the signing gives locals the chance to purchase a signed copy. "A Particular Madness" is also available from Cynren Press, Amazon and Barnes and Noble.