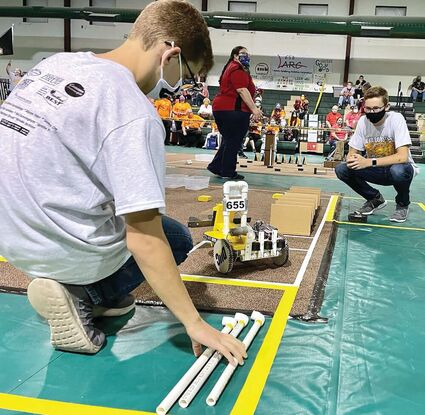 The Alva Robotics Team Technic Gold competed at the Heartland BEST Demo Daze Competition on Saturday, Oct. 23, at the Alva Recreation Complex with an exciting match-up with teams from Kansas and Oklahoma. 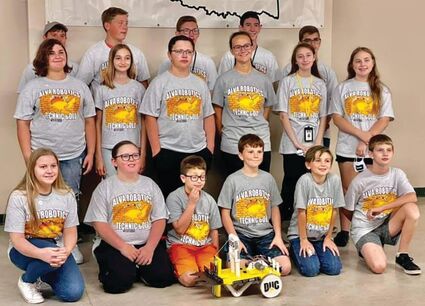 After a hard-fought progression through eight preliminary, three semi-final and three final rounds, the team placed second in the head-to-head competition. They were also awarded the second-place BEST award. The BEST award honors teams who compete with their engineering notebooks, marketing presentations, booth exhibits, and robot performances and is the most prestigious BEST award. And, for the first time in their history, the team was awarded the Most Elegant Robot award for their DUC (Demolition Under Control) robot. Heartland BEST is advancing two teams to the regional competition, Alva and Burlington.

Technic Gold will proudly represent Alva as they advance to the Denver BEST Regional Championship competition at the Arapahoe County Fairgrounds Event Center on Dec. 11 and 12.

Alva Robotics is a 501c non-profit organization and would appreciate any donations from the community as they begin fundraising for their Denver trip. Team members would be delighted to share their stories with your civic group in the coming weeks. They can be contacted at 580-917-0101.