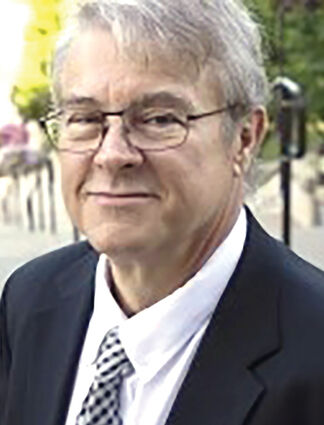 Southwestern College has chosen as interim president to begin service in January when President Brad Andrews departs for a new position as president at Brevard College in North Carolina. The college's board of trustees announce that Tony Crouch, who currently serves as vice president for finance and chief financial officer, will step into the role of interim president in mid-January. President Andrews said he cannot think of a better possible choice to serve in this role and is grateful to be able to work with Crouch in the coming months. The college is well-positioned with an accomplished senior leadership team, faculty and staff. Southwestern College is on an exciting path and is in very good hands.

"Crouch is well-equipped to offer leadership to Southwestern College as a competitive search is conducted for their next president. In addition to the integral role Crouch has played in the continued effort to strengthen the college's position, as a member of the cabinet he is well acquainted with the students and staff and he has a strong understanding of the culture and missional priorities of the college," said board chair, Kim Moore.

"I am proud and honored to serve in this role and deeply committed to helping the college stay on course. I am proud of the great progress the college has made in a challenging environment and of the continued advancement and strength being built by the college," said Crouch. During his career Crouch has served as CFO at four different institutions, including 15 years as executive vice president of business services at Cowley County Community College. At Cowley College, he also served as interim athletic director, as well as serving two different times as interim president. He also has served as CFO at Seminole State College in Oklahoma. He has had responsibility for areas such as budget, accounting, financial services, contract management, human resources, building projects, and maintenance. The last fifteen months Crouch has been managing the building of a new residence hall at Southwestern College and a contractor will soon be hired to finish this project.

Crouch was born and raised in Alva and holds a Bachelor of Science in Accounting from Northwestern Oklahoma State University as well as a Master of Science in Leadership from Southwestern College in Winfield, Kansas. He is also a Certified Public Accountant in the state of Oklahoma.

Crouch is the son of Allen J. and Thelma Crouch of Alva.