They don't vote, but they do count: How the incarcerated skew political representation in Oklahoma 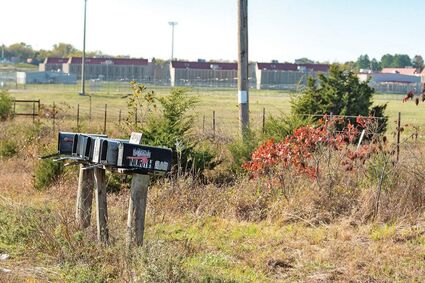 Across the street to the south, east and west of Davis Correctional Facility are homes to some of Holdenville's 5,459 residents. The town's census count includes inmates housed at the prison, which can accommodate up to 1,670 men.

HOLDENVILLE - Surrounded by soft rolling hills and small cattle herds, more than 1,300 men live together on the outskirts of this southeastern Oklahoma community.

You won't find them shopping for groceries at Walmart or eating a half-pound burger and fries at Pat's Cafe on Oak Street. The quality of local roads and public schools don't concern them.

They don't vote, but they do count towards the area's political representation in Oklahoma City.

Nearly a quarter of Holdenville's population is made up of people incarcerated at the Davis Correctional Facility, a medium-security private pris...