There was bedlam after the game, too 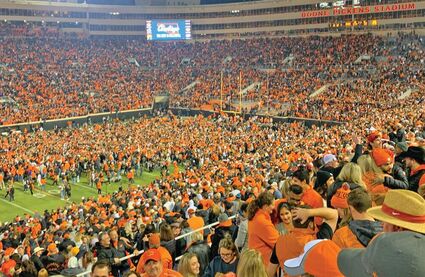 It happens once a year in the state, the Bedlam football game between OU and OSU. This year both teams had an outside shot at a berth in the College Football Playoff. Oklahoma State had already clinched a spot in the Big 12 title game, but a loss would end the Cowboys' national title hopes. Oklahoma has won six straight Big 12 titles, but would be out of the conference title game with a loss to Oklahoma State and a Baylor win over Texas Tech (Baylor won).

This year Bedlam was at Boone Pickens Stadium in Stillwater. My daughter Marisa was lamenting the loss of a chance to attend. She and hus...