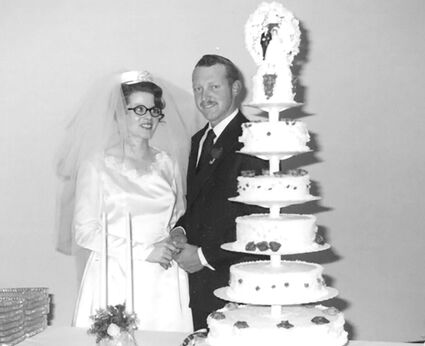 Rick and Peggy Fox of Alva are celebrating their 50th wedding anniversary on Dec. 19. They met during the "Blizzard of 1971" and were married in Tyrone in December the same year.

Rick provided for his young family as the manager of the Ashley elevator for the Alva Farmer's Coop, while Peggy became a rural mail carrier to help support their dream farm. They continually support one another in their dreams and hobbies. Peggy served as the secretary of Oklahoma Rural Letter Carriers Association for five years. Rick served on the National Auxiliary Board, made up of spouses, concluded as Nation...