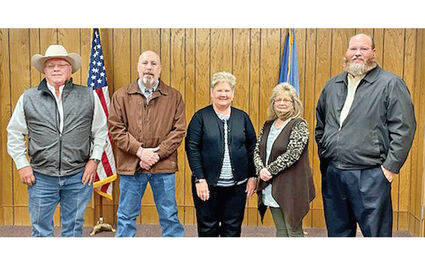 It can be daunting to look back at the news and sports for a whole year. We're breaking the review down into small bites of one month.

The health department hosted the first Covid-19 vaccination day for ages 65 and over at the Alva Recreation Complex on Jan. 5 with more to dates to follow.

Beadles Nursing Home in Alva was featured statewide in an Oklahoma Watch story about their struggle to keep residents safe during the Covid-19 pandemic.

The Alva Ladybugs had an extra-long holiday break after being exposed to the coronavirus requiring a two-week quarantine. After the long rest, they came back to start January with a 37-17 defeat of Blackwell. The Goldbugs also easily defeated Blackwell 57-23. They didn't fare as well in the Wheat Capital Tournament, with both teams losing in the first round. The Goldbugs took seventh place in the tournament, but the girls' fifth place game was cancelled due to Covid.

After covering Dr. Philip Self's practice while he was overseas in the military, Steve Madrid, PA-C began seeing patients in the Share Downtown Clinic. He also began once a week clinics in Freedom. 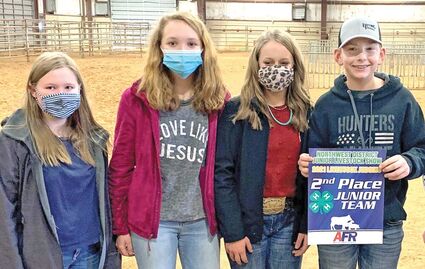 Alva High School football and track coach Mike Shklar announced his resignation from coaching duties although he continues to teach.

In an update to the Alva City Council, Pool Task Force Chair Paul Barton talked about the engineer's assessment of the pool. He said the plumbing was about the only thing in good condition.

Share Medical Center marked a slowdown of Covid-19 cases toward the end of January. On Jan. 30, Woods County had 42 active cases with 33 in Alva.

During the January, Alva lost several notable residents including Fred Neuman who was known for his establishment of the Alva Boys Choir. His life was celebrated in the fall during the NWOSU homecoming weekend.