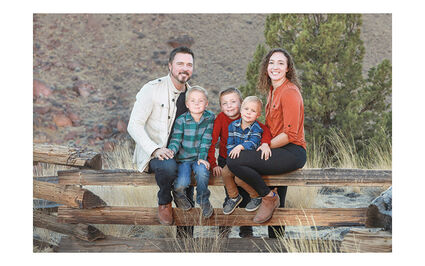 Parents everywhere can attest that pregnancy causes significant changes, but not all can say it spurred to life a business that would net almost $2 million in sales in under ten years. Yet, for Jeff and Karen Sagner, this is precisely what happened.

Hailing from Oregon, the two met when Karen was in college studying to be a registered nurse. They married, bought a house, and Karen took a job at a hospital in the Portland area while Jeff worked high-end carpentry.

Always health-conscious, the couple delved deeper into nutritional research when Karen was pregnant with their first son. Not pleased with their findings, the Sagners began looking into growing their food. The two combined their expertise and birthed a new approach to healthy living. What happened next would change the course of their lives forever.

"Get the biggest one you can afford. You'll use it," were the words of wisdom imparted to the Sagners as their journey to healthier eating led them to greenhouses. Jeff and Karen weren't sure the size of greenhouse they'd need and weren't thrilled with what they were finding online – nothing seemed to fit their vision. That's when Jeff came up with the concept of a modular greenhouse that would still be stick-built (built on site), attractive, durable, and sturdy enough to handle the wind. (Oregon's Gorge is one of the most windswept places in North America and is renowned for windsurfing.) He created his first design and constructed it himself.

His creation garnered much attention from friends and family, and the positive feedback got the Sagners to think that building greenhouses might be a worthy endeavor to make extra cash on the side. They sold six or seven their first year.

In February of 2013, the family participated in a home show, and in one weekend, sold 30 greenhouses. However, they knew that their current property was not conducive to manufacturing these structures on a large scale.

By 2014, the Sagners were expecting their second son and searching for a larger property. They desired the rural farm community lifestyle – a place where they could connect to like-minded people and put distance between themselves and big-city politics.

Their search took them to Madras, Oregon, where they set up their first commercial shop. They participated in more home shows and, by the end of the year, had reached $300,000 in sales.

The exposure and networking from the home shows forged connections that would again change the course of the Sagners' lives. In 2015, they met some people with Homestead Design Collective who Sunset Magazine had contracted. They approached Jeff and asked him to build a greenhouse for one of their display gardens in Sonoma, California. After completing that project in 2016, the Sagner's business was voted the best greenhouse company on the west coast. After that, calls were flooding in from across the United States, but knowing they weren't fully ready, they had to decline a lot of business.

The following two years were of growth, and by '20, sales went over a million dollars. Greenhouses by NW Green Panels could now be found in 39 states across the country. They decided to start franchising, and thus the search for a centralized distribution location began.

Economic development teams began the courting process – including Woods County, Oklahoma's. WCEDC Executive Director Neal Williams set up the meetings, and Jeff made the trip to Alva three times. An ED team out of Kansas was also working hard and put forth an offer with incredible incentives, but after doing a long-term cost analysis, Jeff ruled it out. He liked Alva but had reservations about how far it was from areas where he might need to attain supplies.

Initially, the Sagners were not planning on living where their manufacturing facility was – they were going to move to scenic Arkansas, and someone else would run the shop. But, after the family toured Alva and got the chance to meet and talk to locals, the decision was made. They were moving to Alva.

Alva Public Schools Superintendent Tim Argo gave the family a full school tour during fall break, and Jeff said he noticed a higher level of quality in work posted on the schoolhouse walls than what they saw in Oregon.

The Sagners have been in Alva for a couple of weeks now and are adjusting well. Jeff said the community has been fantastic and that every single person has been willing to take time to talk and interact. He celebrated his birthday earlier in the month and was so touched when a young lady from the community made him a homemade strawberry rhubarb dessert. In addition, students from Alva's NW Tech Center created and posted flyers welcoming the Sagners to Alva.

Now that the Sagner family is here (with more coming from Oregon soon), they plan on integrating into the community at every level. All three boys are in school, and Karen will be working as a Nurse Practitioner at Share Medical Center's Waynoka Clinic. Jeff is working on a large project in Seattle that should be completed by mid-February. After that, he will be ready to get the ball rolling on building the greenhouse manufacturing facility at Avard's Regional Rail Park. (NW Green Panels will use the rail system to bring cedar from the Pacific Northwest for their modular greenhouse components.)

Jeff said he is thankful to the community for being so welcoming and that he is looking forward to helping it stay strong and maintain its integrity.

"We want to get involved as much as we can ... we want to come in and be a part of things. We understand the culture here, and that's why we came."