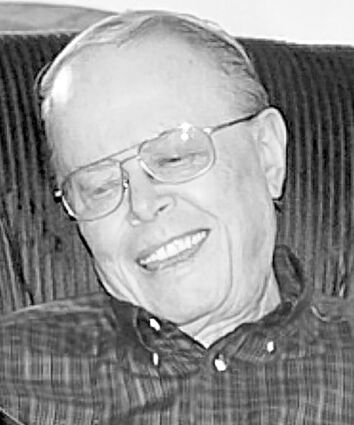 Funeral services will be held on Monday, February 21, 2022, at 1 p.m. at Wharton Funeral Chapel with Reverend John Clapp, Bible Baptist Church pastor, officiating. Burial will follow at Cherokee Municipal Cemetery at 3 p.m. Online condolences may be made at http://www.whartonfuneralchapel.com.

Eckley Henry Phillips was born on a farm near Guthrie, Oklahoma, April 29, 1933, to Martha (Beery) and Henry Phillips. Eckley passed away at the age of 88 on February 16, 2022, after a brief illness, surrounded in his final days by his loved ones.

Eckley helped with the family farm operations until the age of 18 at which time he made the decision to move to Colorado. He lived in Colorado for over 30 years, working most of those years as an over the road truck driver.

He married his wife Melva on June 14, 1971, and became father to Sandy and Jeff Lofton. Eckley and Melva later went on to have two children, Dennis and Diane.

In 1984 the family moved to Cherokee, Oklahoma, where they lived for 19 years. In 2003 they moved to Alva, where they resided until his passing. During his time in Oklahoma he continued his love of truck driving and also worked for many years in and around Cherokee. After retirement he enjoyed spending time with Melva, enjoying music, and seeing his grandkids and great grandkids. In 2021, Eckley and Melva celebrated 50 years of marriage.

He is survived by his wife Melva, sons, Jeff Lofton and wife Jeni of Claremore; Dennis Phillips and wife Liz of Owasso, and daughter, Diane Orr and husband Brian of Moore. He was blessed with eight grandchildren (Brianna, Kellsie, Kodi, Jacob, Samantha, Joshua, Caleb and Levi) and two great grandchildren (Nevaeh and Liam), with a 3rd great grandchild expected in September. He is also survived by two sisters, June Miller and JoAnn Gooch, and many nieces and nephews.

He was preceded in death by his sister Marie, his parents, Henry and Martha Phillips, and daughter, Sandy Lofton Winkler.

In lieu of flowers donations can be made to the Alva Bible Baptist Church.