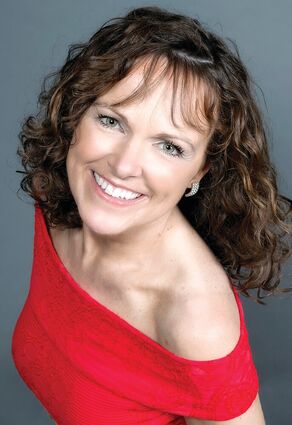 Helen Welch will perform "Superstar: The Songs. The Stories. The Carpenters" in Northwestern Oklahoma State University's Herod Hall Auditorium at 7 p.m. on March 8 as part of the Northwest Oklahoma Concert Series. The public is welcome to attend the concert with tickets available at the door.

This production features more than 20 of the most memorable songs by The Carpenters, the brother and sister duo of Karen and Richard Carpenter, including such classics as "Close to You," "We've Only Just Begun" and "Top of the World."

This show is not a tribute act. It is an original docu-musical with Richard Carpenter's blessing featuring world-class musicians, fresh arrangements and fascinating backstage stories about the No. 1 American musical act of the 1970s.

"Helen and I have known each other for about six years now," Newell said. "She's an extravagant performer. She performs a well-rounded, diverse performance that involves a wide variety of music."

Welch is a native of England who began her career on television's "Romper Room." Since her early success, she has headlined with world-class organizations such as the BBC Big Band, Glenn Miller Europe, Opus One and others at some of the United Kingdom's most prestigious venues including: The Ritz, The Savoy, Blenheim Palace, The Grosvenor House Great Room, Claridge's and many theatres in London's West End.

Ater a successful streak in the U.K., Welch relocated to the United States to guest star in a Broadway show called "Smokey Joe's Café." Following that performance, she landed countless vocalist roles in selected orchestras around the Chicago area. She has had world-class symphony pop arrangements for three of her productions and has performed with many different symphony orchestras throughout the United States and England.

Welch released "Spellbound" in 2016, which was an entry for the Traditional Pop Category of the Grammy Awards.

"She's an excellent presenter," Weast said. "Her presentation of 'The Carpenters' is even known internationally."

The reserved seating section for season ticket holders at each concert will be held until five minutes before the performance.

Stay up-to-date with NWOCS by liking the Facebook page at http://www.facebook.com/NorthwestOkCS/ or on Twitter at @NorthwestOkCS. Keep an eye out for the hashtag #NWOCS.

For more information on "Superstar" visit https://phoenixtalentagency.com/portfolio/superstar or by searching for her on YouTube. Additional information may be provided by Weast at 580-327- 8462 or [email protected]