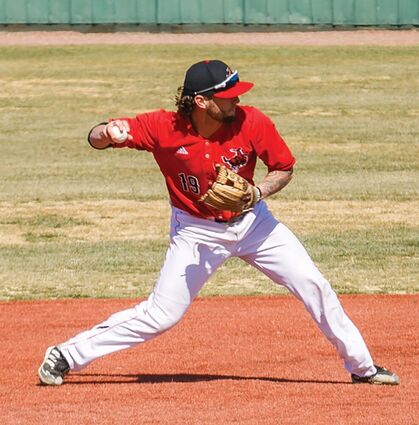 Northwestern's shortstop Shaughn Kelly (19) stops the ground ball and throws it to second base.

ALVA, Okla. – The Rangers continued their three-game series Sunday afternoon playing a doubleheader to close out the regular season series with the Weevils. The Rangers completed the sweep over Arkansas Monticello following a 12-11 victory in game one followed by a 14-12 victory in the second game.

Ethan Swanson started the first game of the doubleheader throwing two innings before being relieved by...