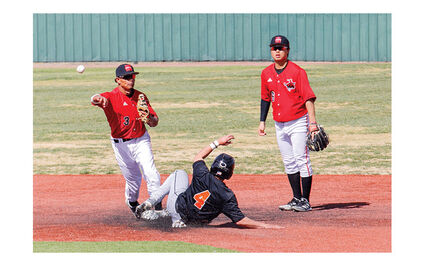 Northwestern's Bryan Guerrero (3) tags second base and throws the ball to first base resulting in two outs for the Rangers.

The win improves the Rangers' record to 7-8 overall with a 4-3 GAC record win the series opening win. The loss drops East Central to 1-14 on the year with a 0-7 conference record.