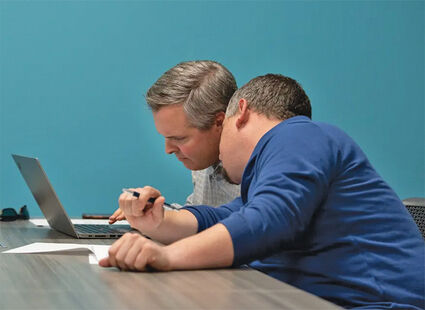 Epic Charter Schools co-founders Ben Harris, left, and David Chaney, right, attended a school board meeting on Jan. 15, 2020. Chaney stepped down from his position as superintendent of Epic Charter Schools in 2019 following a new state law that made Chaney's position a conflict of interest because he also had ownership stake in the for-profit company that manages the school.

Epic Charter Schools is facing another investigation of its finances and governance, this one by the Internal Revenue Service, Oklahoma Watch has learned.

The online charter school's board chairman was notified of the inquiry in a letter dated Jan. 14, records show.

In the letter, the IRS requested documents dating to 2015, about the same time period the state Auditor & Inspector examined. That audit, released in October 2020, found the school diverted tens of millions of taxpayer dollars into a for-profit company controlled by the school's co-founders, David Chaney and Ben Harris, an...