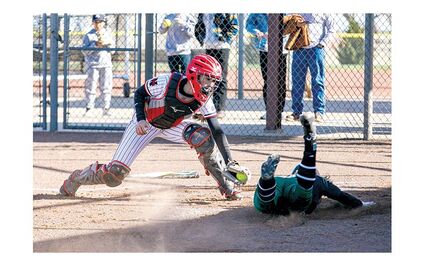 Hannah Howell threw a complete game for the Rangers throwing seven innings striking out one batter while throwing 114 pitchers in the game.

The Bison struck first in Alva with a big six run first inning on the Rangers. The inning started with two straight singles for the Bison before a strikeout for Howell. After a walk loaded the bases, a single through the right side pushed across the first two runs of the game. OBU followed with a second straight RBI single extending the Bison lead to 3-0.

The second infield single of the inning scored the fourth run of the inning as the throw home was not in time. The fifth and sixth run came across on a fielder's choice followed by a Rangers error. 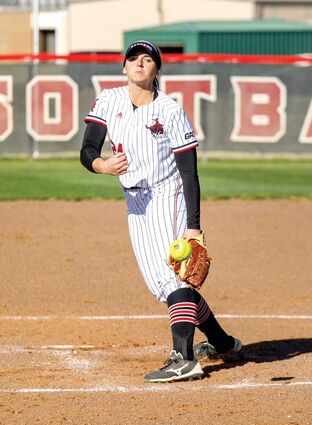 In the third inning Howell worked around a leadoff single before throwing a scoreless inning. Rangers went down in order for the third straight inning before striking in the fourth.

The Bison went down in order before two straight walks drawn by DeTar and McElroy before a Howell RBI single put the Rangers on the board. Adams followed with a sacrifice fly to left field to cut the Ranger deficit to 6-2 through three innings.

Oklahoma Baptist came back to answer with one in the fifth inning after two straight batters reached after a leadoff walk followed by a single. The Bison moved the runners to second and third followed by an RBI groundout to extend the lead to 7-2.

The Bison started the sixth with a single but no damage was done as the game remained 7-2. In the seventh inning after Howell held the Bison scoreless, the Rangers went down in order as Oklahoma Baptist held on for the 7-2 victory over the Rangers.