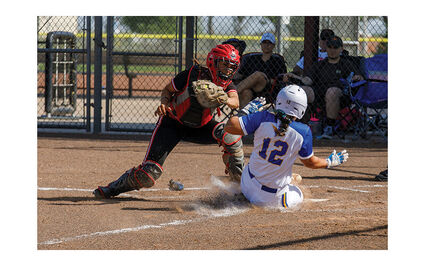 Southern Arkansas jumped out fast on Friday after having two quick base runners reach safely, one on an error and a single before a Miller double to right field scored the game's first run. Dyson scored on a passed ball to open a 2-0 lead through the first inning after the Rangers went down in order.

The Muleriders offense continued in the second inning after Hamilton reached on an error before Lee hit a home run to left field for a 4-0 lead over the Rangers. The 4-0 lead stood through two innings. In the third inning Southern Arkansas added two more runs on a ground out followed by a Hamilton single. The score remained that way into the fifth inning when the Muleriders added more.

Southern Arkansas added two runs after two straight singles to start the inning before a Miller single to left field pushed across the seventh run, before a Lee single to right field line for the eighth run for an 8-0 lead.

The Red-and-Black offense broke through in the fifth inning after Mackenzie Adams doubled to left field before coming around to score, cutting the deficit to 8-1 through five innings. In the sixth inning the Rangers continued to climb back into the game. Abby DeTar doubled to left field before McElroy hit an RBI single to cut the deficit to 8-2. After back to back fly outs Morgan La Neve cut into the deficit more with a 2-run home run. The Rangers trailed 8-4 through six innings.

King doubled to left center to start the inning and scored on a sacrifice fly to center field to score King to extend their lead to 9-4. Northwestern did not go down quietly after hitting two straight singles but the Rangers left both runners on base as the Muleriders closed out the 9-4 victory.

Southern Arkansas jumped on the board early in game two after Lee started the game with a walk before Dyson scored here on a sacrifice fly driving in the game's first run. Casper later hit a single to right center for Miller to score for a 2-0 lead after one. The rangers put two runners on but were not able to score.

The Muleriders started the second inning with a double down the right field line. Hamilton later hit a solo home run to extend their lead to 3-0 over the Rangers. Lee doubled for runners on second and third before a sacrifice fly pushed the game to 4-0. 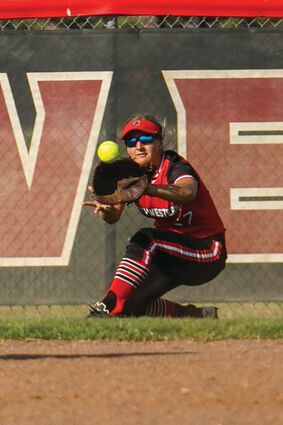 Detar started the Ranger rally in the third inning before McElroy singled. With runners on first and third Howell singled to score the Ranger first run. Mackenzie Adams then singled out left field as the Rangers trailed 10-2. Morgan La Neve hit her second home run of the day, this one driving in three runs for a 10-5 deficit through three innings.

The Muleriders exploded for 12 runs in the fourth inning to take full control of the game. The inning started with nine hits after a King double started the inning. They had two more doubles and a single before a Miller 3-run home run extended the Southern Arkansas lead. Two straight singles by Miller and Lee. Miller doubled to center field, scoring two more runs for 12 in the inning for a 22-5 lead.

Southern Arkansas closed out the victory over the Rangers pulling off the doubleheader sweep taking the opening two games of the series. The Rangers will close out the season with their final game of the series Saturday.