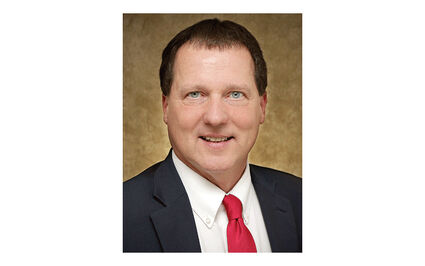 Dr. Bo Hannaford, who is assuming the role of university president on July 1, has appointed Pecha as the executive vice president.

"Dr. Pecha is a great fit for the executive vice president role as his experience here at Northwestern was an important factor for me in making this decision," Hannaford said. "Dr. Pecha has always represented this university well and always wants the best for all our stakeholders.

"I have known Dr. Pecha for over 30 years and completely trust him in this role. I am excited to work with him for years to come."

A native of Goltry, Pecha graduated from Northwestern with a bachelor's degree in business administration management in 1985, and later earned a master's degree in education with a business emphasis in 1988. While a student at Northwestern, Pecha was active in Phi Beta Lambda's business club serving as the club president his senior year and also held a state officer position. He was also active with the Student Government Association and was awarded the John F. Kennedy award his senior year.

Pecha joined the Northwestern staff in 1986 with the Small Business Development Center before taking over as director of financial aid/scholarships in 1992. He left Northwestern in 2000 to complete coursework for his doctorate at the University of Oklahoma. His dissertation focused on consumer education, specifically student credit card education. During this time, he worked as the vice president of production at PDC Productions. In this position he helped coordinate conventions and events all across the United States, averaging 35 events a year.

He returned to Northwestern in 2005 as the dean of student affairs and enrollment management. In 2006, he transitioned to the role of vice president for administration.

Pecha currently serves as Northwestern's homecoming chair, a team chair and peer reviewer for the Higher Learning Commission and a certified Miss Oklahoma Preliminary Competition judge. He is in his 31st semester of teaching a personal finance night class at Northwestern. He also teaches an upper-level business management night class on a rotation in the fall/spring.

Pecha said in his role as executive vice president he will work closely with Hannaford to help manage and fund the goals of the university and senior administration during this next chapter of Northwestern's history.

"The best part of Northwestern is the people that I work with on a daily basis," Pecha said. "I take great pride when I see a student enter Northwestern as a first-year student then a few years later I get to shake their hand as they cross the graduation stage."