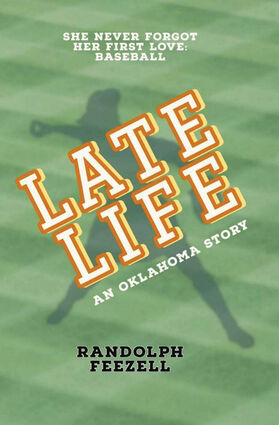 In her early years, Lizzie Ware believed in Jesus Christ and the St. Louis Cardinals. Both were connected to her father, a preacher who loved baseball.

She and her parents moved to the very small town of Conway in northwest Oklahoma just as she was ready to enter high school. In those formative years, her life took new directions. "The day we drove toward our new life in Conway was the day I began to come into my own in some new way," she says.

Although Lizzie is a fictional character, her experiences resonate with the reader as she makes new friends and finds her place in Conway. For Lizzie and her classmates, the future is full of hopes and dreams, but life has a way of throwing unexpected curves.

Author Randolph Feezell combines his love of baseball and philosophy into a tale of joy, love, hope and reality in "Late Life: An Oklahoma Story." The title comes from a description of a promising pitcher in the book, "It's all about late life. Best late life I've ever seen!" It could also describe the unexpected turns life takes as teens grow up and become adults.

Feezell grew up on a wheat farm and graduated from Capron High School, located in a small town in Woods County, Oklahoma. With its three-block main street, the small town of Conway in his novel bears a striking resemblance to Capron. Conway is located north of the much larger Alma, which has similarities to Alva. And Alma is the home of Great Plains State College.

In this nostalgic novel, Feezell draws on his own experiences in northwest Oklahoma. He says he graduated in 1968 from Capron High School "with seven other rubes, the final year of the high school's existence." His sports skills earned a scholarship to the University of Oklahoma where he played baseball with Pat Parkhurst. It was there he became fascinated with philosophy which drew him away from sports and into a college teaching career. He earned a PhD in philosophy from State University of New York.

In addition to teaching, Feezell has also been a baseball coach. He is the author of several books including four philosophical books about sport. He still owns 160 acres of red dirt in Woods County. After retiring in 2017 from Creighton University in Omaha, Nebraska, where he taught for 40 years, Feezell embarked on a new venture of writing books that don't require footnotes. 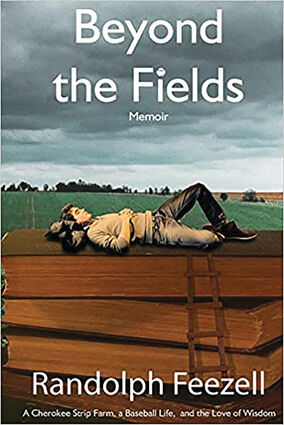 In addition to "Late Life" which is published by Fine Dog Press, Feezell also has a memoir published in 2022 titled "Beyond the Fields." It's described as being about a Cherokee Strip farm, a baseball life and the love of wisdom. "Beyond the Fields" describes how Feezell gave up sports for philosophy and later managed to combine the two.

As Feezell says, some people are drawn to his books because they like baseball, some enjoy the ideas and philosophy, and some like the descriptions of familiar places in northwest Oklahoma.

Both books as well as others authored by Feezell are available from Amazon and Barnes and Noble. The Alva Public Library also has copies available for checkout.